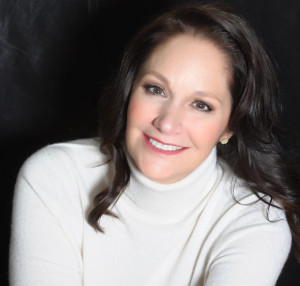 Internationally renowned singer and vocal coach, Peisha McPhee is in a class of her own. Peisha has been charming audiences from coast to coast with recent critically acclaimed performances and sold out shows at Feinstein’s 54 Below in NYC, Catalina Jazz Club in Los Angeles, Odeon Theatre in Bucharest, and the Barclay Theatre in Irvine, CA.

She has performed her one-woman show throughout the US and Europe, and has appeared in national tours throughout the country including Showboat, Man of La Mancha, and co-starring with theatre luminaries such as Donald O’Connor and Davis Gaines. Peisha’s style has been called “a return to cabaret elegance and sophistication” (LA Weekly’s Pick of the Week) and The LA Times has said “She can make you laugh, make you cry, and make you feel like she’s singing just for you”.

With over three decades of professional experience, she is also one of the most sought-after vocal instructors in the world. Counting thousands of her students, Peisha helped launch the careers of some of the most famous singers in modern music, including her own daughters, Katharine McPhee, the star of NBC’s hit show Scorpion and Broadway’s Waitress, and Adriana McPhee of American Idol. Peisha recently helped launch the career of Auli’i Cravalho, the star of Disney’s Moana and NBC’s Rise. Peisha was also responsible for coaching Auli’i in her outstanding performance at the 2017 Oscars. Throughout her career, Peisha has also worked with some of music’s top producers and songwriters, including Jimmy Iovine, Don Was, Rodney Jerkins, and Harvey Mason, Jr.

Peisha was the premiere American Idol vocal coach, along with her daughter Adriana McPhee, training the show’s contestants and eventual winners of four seasons, including Scotty McCreery and Phillip Phillips. Her presence with the American Idol organization elevated singer’s performances and thus the quality of the show, helping to make it one of the highest-rated television programs in history. Peisha also coaches Master Classes all around the world including at the Broadway Theatre Project in Florida, and at the prestigious St. Louis Cabaret Conference in St. Louis.